​​A company on the rise is always at its best: they’re profitable, growing rapidly, and attract a lot of attention. Sound familiar? If so, you might think of companies like Facebook, Uber, Pinterest, or Snapchat.

In fact, these are simply the best-known companies. There are 31.7 million small businesses in the U.S. and 10.75 million employers. How do you stand out in a crowded field like that?

Companies who are able to accomplish fast growth aren’t simply in the right place at the right time—although timing may play a role—they have specific traits in common that make them grow rapidly from one year to the next.

“These companies go from zero to hero,” said Chris Myers, author and CEO of B:Side Capital. “They can do it in a short period of time.”

There’s no magic formula for becoming a hyper-growth company but these three habits are common among companies that are able to achieve rapid growth.

“The companies that are constantly iterating are growing faster than companies that aren’t willing to move beyond the current model,” said Myers, whose company helps small businesses automate their backend operations.

He says companies like Uber and Netflix continuously improve products based on customer feedback.

Any company with ambitious plans can implement an aggressive customer feedback program.

“These companies have an almost maniacal focus on improving at a much faster pace than anyone else out there,” he added, “and it really sets them up for long-term success.”

According to Myers, companies should focus on what he calls the “three C’s”: companies, customers, and culture.

Successful companies know how to execute well, and as such, they need to spend capital strategically. That often means hiring coaches, agencies, and experts to expand internal expertise and move the needle more quickly than hiring internally would have.

Large ticket items should be considered investments and supported accordingly. Don’t hire an agency and then ignore their progress, be sure your team is engaged and collaborating constantly with your agencies.

Fast-growing companies can lose track of their financials quickly, so be sure to identify which of the three C’s every expenditure contributes to, right from the start.

Companies that achieve hyper-growth are constantly looking for the small problems that could become big ones down the line.

“It’s easy to solve problems when they are small,” said Myers, who suggests companies conduct post mortems on failed projects or initiatives in order to avoid repeating them in the future.

Additionally, companies on the rise should implement a process of continuous improvement at every level of their organization. Ask employees what could be improved about the work environment. “Within six months you’ll have hundreds of suggested changes,” said Myers. 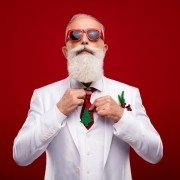 Why CPG PR is Important?
Preparing for a Cannabis Product Recall