Ah, the early adopter. Their the people who grab on to things first, they start trends and they are influencers in their respective communities.

Whether you’re a startup, a movement or a personality, you need these early adopters. Marketing to early adopters can be slippery though, what they grab on to is almost entirely motivationally based. Toss out your traditional “Three P’s” of marketing if you want to capture this crowd, you’re going to need to think through what makes them tick.

Whether you’re building a product or starting a movement, keep your early adopters in mind. Strategies of early adopter marketing require a deep understanding of their motiviations.

It doesn’t matter what your target market is, a certain segment of them are early adopters and early adopters like to be challenged and stimulated. Â Puzzles and quizzes are intriguing to these people, but they get bored easily, so make sure the content matches the intelligence level.

Don’t mistake this to assume that every puzzle or quiz is intriguing to early adopters. They aren’t necessarily the “Buzzfeed” quiz takers. They like to learn and be challenged but they aren’t interested in dumbed down versions of anything. By the time something has caught mass adoption, early adopters have either “been there/done that” or are already deeply engaged in using the product.

Because they value their role as early adopters, they never want to be “out of the loop” or miss something that’s particularly cool.

Tap into that “Fear of Missing Out” during the earliest stages. Give them ways to be cool to their community by letting them be the gateway to a broader audience and you’ll be tapping into their desires to be seen as an early adopter.

Google generally does this really well when it launches products. It does an initial invitation to known early adopters and gets everyone else clamoring to be part of it in the first phase and SEEN as an early adopter. Google definitely has marketing to early adopters down.

Early Adopters Are Attracted to Art, Emotion and Adventure

Perhaps more than any other target market, early adopters are pulled in by emotion, art and adventure.

This is one reason why Apple’s early emphasis on design caught on with early adopters, they loved the elegance of the product and interface, the art of the experience.

Remember, art, emotion and adventure can happen online and offline. This is a place where you can really get creative and have some fun. It’s also easy to identify these people based on where they go because events like TED and TEDX inherently draw early adopter personality types.

Because of this constant searching early adopters have, curiosity is a primary trigger for action. Tripping the curiosity trigger requires some thought because early adopters aren’t generally suckers for the usual mass-marketing techniques; they’re a little more sophisticated than that. You’re going to really have to think of something that genuinely makes them curious.

The “Why” Seriously Matters

Early adopters are very observant they generally see through tactics and need a reason to be inspired. Â Your marketing message to early adopters needs to be centered around something inspiring.

Instead of focusing on product features, tap into the deep intellectual and emotional reservoir of early adopters and give some insight to them about why this product or movement matters. You’ll likely need to do some message testing here, but it will be worth it once you hit on the “why” that matters most.

It’s easy to lump the two together, but research shows that messaging that targets extroverts actually repels early adopters. Early adopters like intrigue and creativity, they aren’t particularly attracted to social attention in a public way. This doesn’t mean they aren’t on social media, it just means that their triggers are different. They like to have their role as early adopters confirmed, but they also like to be the messenger of that delivery. 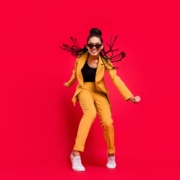 What Does a Consumer PR Agency Do? 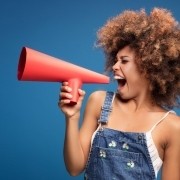 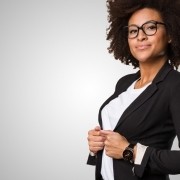 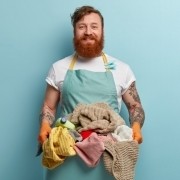 Combine PR and Social Together for CPG Brand Success

Your Social Media Marketing Plan – Is The Goal Trust or Action?
4 Ways to Screw Up a Media Interview