Is the press release dead?  For years now, that question has been hanging over the public relations/journalism world. And the question is a fair one – when millions of press releases are issued daily, often without consideration of the journalists receiving them, do press releases work anymore? And issuing a press release through a credible pr distribution wire service is an extra cost of about $3,000 or more depending on variables like length, number of images or videos, and frequency.

Given their expense, is a press release worth it?

What we’re talking about here is legitimate company news that is appropriate for a wire service, but isn’t securities and exchange or public shareholders requirement. So this legitimate news could be based on research, a new hire, a new product, it can even be a statement based on industry news, issued over a pr distribution wire service like PR Newswire, Business Wire, Globe Newswire or similar who distribute and publish an online press release.

A press release is but one tactic in the media relations tool kit. It’s extremely unusual that your news, even your most exciting news, (“We launched..! We bought…! We secured…!”), applies to every single media site, without customization about why it applies to the reader or journalist’s beat. There are plenty of occasions when direct outreach to the media contacts database will generate better quality and more tailored media coverage. Plus, journalists aren’t really all that jazzed to receive the same (untailored) information as hundreds of thousands of other journalists; at that point, they view it as a status update instead of news.  But then why do these services charge so much?

Well, most quality pr distribution wire services reach thousands of outlets at once and most will get reprints of your press release in at least a few national online media outlets.  But that press release syndication can come in handy on the web.

The press release isn’t dead, it’s just viewed differently by both journalists and public relations professionals today. So when SHOULD you go through the expense, sometimes over $1,000 per release, of using a wire service? Here are 5 times issuing a press release over a wire service can serve your strategic interests.

When you search on a business name and  the release appears under “news,” tell me that doesn’t impress you a little? Of course. That’s why earned media is so valuable. Vendors, customers, investors, they all like seeing that too. It shows you’re committed to your brand, your growth, and your reputation. If you’re positioning for acquisition, IPO, or investors, having a consistent history of press releases provides credibility and social proof.

Consistent (but not overwhelming) press releases are also a good way to stay in front of news outlets. When your brand is top of mind at the moment editors are assigning stories or looking for ideas, it allows your public relations budget to go even further. Press releases also offer background information for journalists writing today’s story; they serve as a good historical marker to your company’s achievements, which can get buried on a website.

You’ve Got Video on a Major News Item:

If you or your company has a unique point of view on a breaking news item, especially if it’s video,  TV stations are always looking for high-quality video for of-the-moment topics, that’s a great opportunity to send out a well-timed press release.  Make sure your video has a distinctive point of view and that it’s relevant to your key messaging. Make sure your video is high quality enough for TV and name your video using relevant and keyword researched words.

Help producers and journalists by using your press release to give context to your quote and be sure to show the speaker’s name clearly in the content.

You’re ABSOLUTELY Clear On Your Audience:

Most of the time your audience is the press, after all, those are the subscribers to wire services – to pretend there is any other primary audience is misleading. But given that most journalists aren’t responsive to press releases, there may be an opportunity to be a bit disruptive.  There may be an occasion in which your release speaks directly to the consumer as opposed to the journalist with a jazzier (note: not promotional) lingo, maybe direct to consumer quotes, and direct to consumer ideas or recommendations that could also interest slow-news-day fodder. Note: we’re not really dealing with many slow news days these days.

Sometimes those press release reprints can give you enough legs to support other content initiatives and social proof initiatives.

Let me be clear: do not treat a press release like a blog post, they are complementary, not interchangeable. But, addressing to the consumer’s issues within the context of a newsworthy release may be a useful, if non-traditional, tactic occasionally.

If your website is new, or if you’re trying to build traffic, these consistent high-value links can contribute nicely to your SEO. Let’s be clear sending out press releases alone isn’t enough to radically change your SEO, but it can be part of your off-page tool kit that supports your overall SEO strategy.

Keep in mind, a press release jacked up with keywords isn’t effective AT ALL. Google’s got your number and generally, a press release written only for search engines is ineffective; it’s also considered spammy by journalists, so used wrong, it can discredit your company in the eyes of the media outlets.

What you want to do is keyword research on ACTUAL news so you maximize the opportunity. Wire releases DO create high-value inbound links. Plus, wire service releases generally present well in search results, so it’s a double-win if you or your PR team have done their keyword research.

The Moment is Momentus

Using a press release to document a historic moment in your company’s history presents a timeline and momentum to your company and adds social proof. Also, going back to the keywords, press releases live in “news” for much, much longer than even an earned media story.

Press releases using this strategy also serve as a way to get press on track to watch for future announcements, clarify your business positioning, or get stakeholders on the same page.

Do we believe press releases are dead? No, we do not. We also don’t believe every announcement needs to come in the form of a press release. Use press releases strategically, and to compliment your media relations,  and they will serve you well. 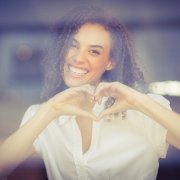 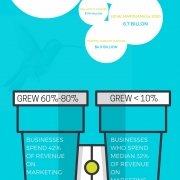 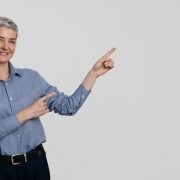 How PR for B-Corps Makes a Difference 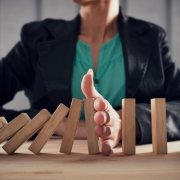 The Best Kept Secret in Journalist Relations
Scroll to top