Are you done yet?
If you’re like most of the media and most of America you’ve had it with the Kardashians.
We’ve moved past not caring and into outrage.

But how did this happen?
We can look to the Kardashian social media strategy for part of the story.
How did the Kardashians go from being little known D-listers with Instagram and Twitter accounts to being the most hated family in America?
I mean, it started off innocent enough, a group of spoiled beautiful girls with a notorious last name, living the day-to-day drama of having too much of everything.
It’s the kind of thing America watches, sometimes to feel morally superior, sometimes with an aspirational sigh.
And the girls were social media mavens.
They WORKED Instagram.
They LIVED on Twitter.
Snippets of their daily lives seeped into our consciousness one tweet and pic at a time.

But the Kardashians crossed several lines, specifically Kim Kardashian, who has turned pop-culture fascination into outrage and disgust.
Here’s where they went wrong:

The Line Between Transparency and Pathology

In the beginning, Instagram and Twitter followers loved how the girls lived their lives shamelessly out loud.
Their family feuds and heartaches on display for all to see.
We loved that curvy Kim and Khloe owned their curves proudly.
We even endured the occasional well-placed stunt by them and their family members.
The personalities turned into personas.
We like personas it allows us to put people in neat little categorical boxes.
It gives us context.
Personas aren’t terrible. Actually, from a branding perspective, they can be quite fantastic.
So even though their celebrity sky rocketed, their personas kept them “real.”
We DID like to see them at some exotic beach, we did like seeing their pretty selfies…until the selfies became over-orchestrated photo shoots.
But the Kardashians forgot something: they were interesting when we could relate to them, or at least identify on an aspiration level.

And this is where they REALLY went wrong:

the Kardashians never missed a chance to put distance between themselves and their followers, in an effort to show how special they really are.
We went from relating to them as they journeyed through life to feeling more and more like they were nothing like us.
Most of America would never marry a celebrity for the media bump, and it isn’t even something most of America aspires to.
Most of America doesn’t make the extreme personal journey of their family members about them.
And now there’s today’s pregnant photo of Kim.

We’re now at the point where the transparency has turned into pathological and pathetic.
With this photo, Kim has managed to make the beautiful, sad.

From Mysterious to Saturated

A well placed nude photo or leaked video (eh, em, Kim) can actually be GOOD for a celeb.
Really good.
But when you start to see nude (or nearly nude) photos of a celeb several times a year, it’s no longer exciting, titillating or even interesting.
Three times this year already we’ve seen Kim nude.
Here: Feb 2015
Here: May 2015
and…
Here: July 2015

It’s not just the whole naked thing.
We started to get the sense that the Kardashians never said no to anything that might make them money.
From fashion brands to tell-all interviews.
From appearances to marriages.
If you had dollars, the Kardashians would be there to hoover it up.

And through all this, America begins to wonder, “What DO the Kardashians stand for?”
I mean, besides makeup, hair extensions and designer brands and boyfriends?
We’re left wondering if they are really as shallow as all that.
Do they lend their voices to causes that might make them more human?
Do they use their celebrity to advance a passion that might make the world a better place?
What little they apparently DO do for charity seems opportunistic and self aggrandizing.
Even Donald Trump, who Kim had to one-up with her naked photo today, has a cause.
You might not agree with Donald Trump, but at least he stands for something besides money and wrap-arounds.
We can’t defend the Kardashians anymore because we can’t even justify their celebrity anymore.

And so begins the downward slide of some of the earliest and most prolific social media celebrities.
We should thank the Kardashians for their lessons in personal branding, except they’d probably charge us for it. 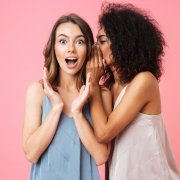 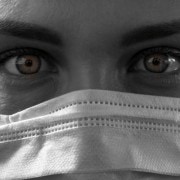 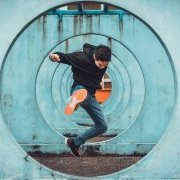 3 Must Have Personal Branding Tips for Creatives 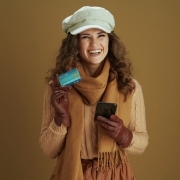 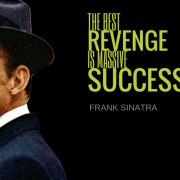 7 Tips To Help You Become The Next YouTube Star

Social Media Marketing or Advertising? What’s Better For Your Budget?
3 Must Have Personal Branding Tips for Creatives

Why Emotional Triggers Matter in Branding Strategy
Scroll to top